Taipei, Taiwan – Ordering a bubble tea is not exactly straightforward. First, there is the choice of tea base, then whether to have it milky or fruity, and the amount of sugar or ice to add, but most important of all is the kind of boba – the signature chewy tapioca pearls that make the drink utterly unique.

None of that has prevented the tea’s meteoric rise in popularity.

Somewhere between a dessert and a drink, bubble tea is an industry that was worth $2.4bn in 2017, and is forecast to reach $4.3bn by 2027, according to one market research firm.

In three decades, bubble tea shops have appeared from Taipei to New York, and from Singapore to London, and the drink has become shorthand for the self-ruled island of Taiwan. Foreign Minister Joseph Wu shared a bubble tea with the Japanese representative Hiroyasu Izumi. President Tsai Ing-wen served the drink during national day, and this year bubble tea was at the centre of a Twitter spat with Chinese internet users when Taiwanese joined an online “milk tea alliance” with the drink’s fans from Hong Kong and Thailand.

Bubble tea found popularity initially because boba tea shops not only offered a place to hang out at night and play cards, but something different from Taiwan’s existing tea culture, said Po-Yi Hung, an associate professor in the Department of Geography at National Taiwan University.

“The story of bubble tea is related to the social change in Taiwan. For oolong tea, you need time to brew the tea, you need more time to enjoy the tea. But the whole industrialisation and economic development in Taiwan pushed us to live a life where you have to save time – you don’t have that much time to brew tea and enjoy the so-called ‘laoren cha’, oolong tea culture,” he said. 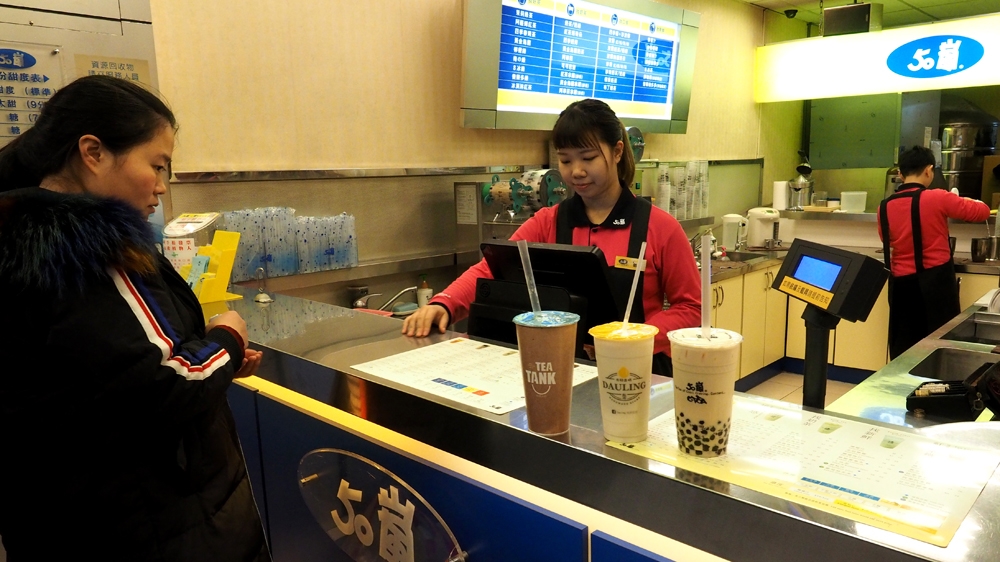 “So for the younger people, bubble tea culture is really convenient for them. You order a cup of tea and three minutes later the bubble tea is ready for you and you can take out.”

It was Taiwan’s emergence as an economic powerhouse, one of the so-called “Asian tigers”, that not only nurtured bubble tea’s fan base at home, but helped it spread beyond the island.

Taiwanese businesses started investing in China in the 1990s, as the mainland began to open its economy. Bubble tea quickly spread across the Taiwan Strait along with the new factories and foreign investment.

“Outside of Taiwan, China was one of the first places for consumers to know bubble tea and to consume bubble tea,” Hung said of the 1990s. “At that time, Chinese people were curious about Taiwan and wanted to know Taiwan. Because of the political tension between Taiwan and China, sometimes we don’t really have open connections to know each other, so we have curiosity.”

Boba tea quickly caught on and mainland entrepreneurs began to launch their own domestic chains, while people in other parts of Asia – including Japan, South Korea, Malaysia and Singapore – also developed a taste for the tea.

It spread, as well, to the West, first through Taiwanese and Chinese immigrants and university students looking for the taste of home, before gradually entering the mainstream in the 2000s.

It was only then, Hung said, once the drink had gone around the world, that Taiwanese people began to appreciate bubble tea as a uniquely Taiwanese export.

“In the past from the early 1980s to the 1990s, I don’t think Taiwanese people took it as a symbol of Taiwanese identity. I believe after 2000, with globalisation, all kinds of food culture travelled worldwide. Bubble tea also at that time started spreading to the other places from Taiwan. And it’s become more and more popular and at the same time Taiwanese people feel kind of proud of it,” he said.

One nation, under bubble tea

In the United States, bubble tea’s unofficial capital lies in the San Gabriel Valley east of Los Angeles, according to John Chung-En Liu, an associate professor of sociology at National Taiwan University who has conducted extensive research in California. 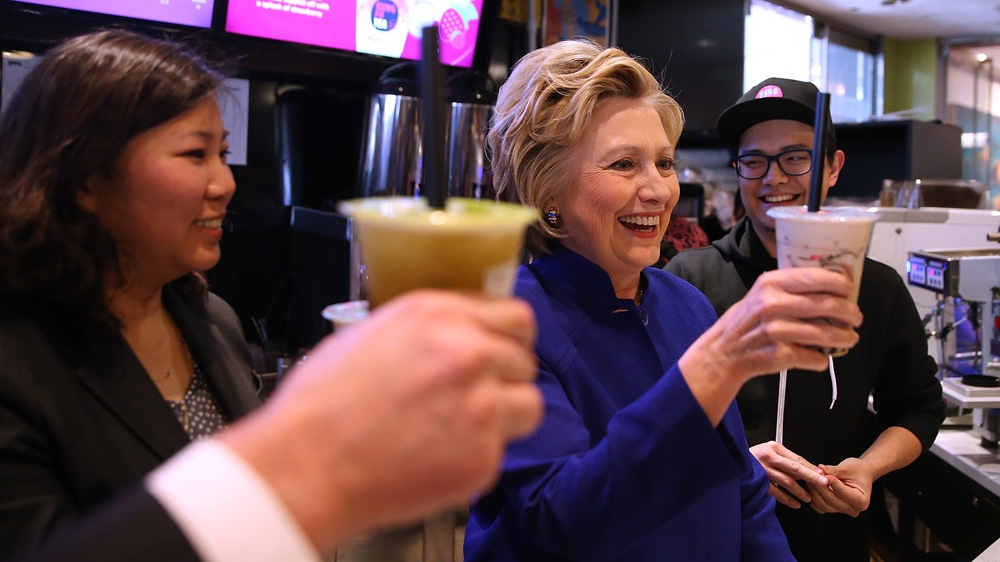 The valley is home to one of the largest US concentrations of Asian Americans, who have been settling there since the middle of the 19th century. It is a place that is mostly suburban and car-based, and where it is possible to drive for “10 miles of one boulevard and just see Asian businesses,” according to Liu.

“Boba shops become these congregation places for young Asian Americans where they hang out after middle school and high school,” he said. “That’s also where a lot of the time they discover each others’ immigration experiences, and these are a majority Asian-heavy neighbourhoods, you are talking about high schools that are 80 percent Asian.”

Boba shops in San Gabriel and other parts of the US followed a similar trajectory, first with cheap restaurants for immigrants serving bubble tea on the side, gradually replaced by speciality shops and finally major chains like Chatime and CoCo.

Liu said that for many customers, bubble tea was no longer associated only with Taiwan but with the wider Asian community, thanks in part to its distinctly chewy tapioca pearls. The spongy or chewy texture – known as “Q” in Taiwan – is found throughout Asian cuisine in snacks like fishballs or mochi, but is noticeably absent in American and western foods.

“It’s kind of an easy way to make an in group and an out group dynamic for Asian Americans: this is our thing and we understand it and we know what’s good.'” said Liu. “They will joke about different levels of non-Asian people appreciating boba. There are different levels of learning [about ingredients], and that becomes a way of judging people’s ‘Asian-ness’.”

Outside the US, bubble tea has more strongly retained its association with Taiwan and China, although even that is beginning to change, according to both Liu and Jun-Hua Lin, an assistant professor in the Department of Taiwan and Regional Studies at National Dong Hwa University in Taiwan. 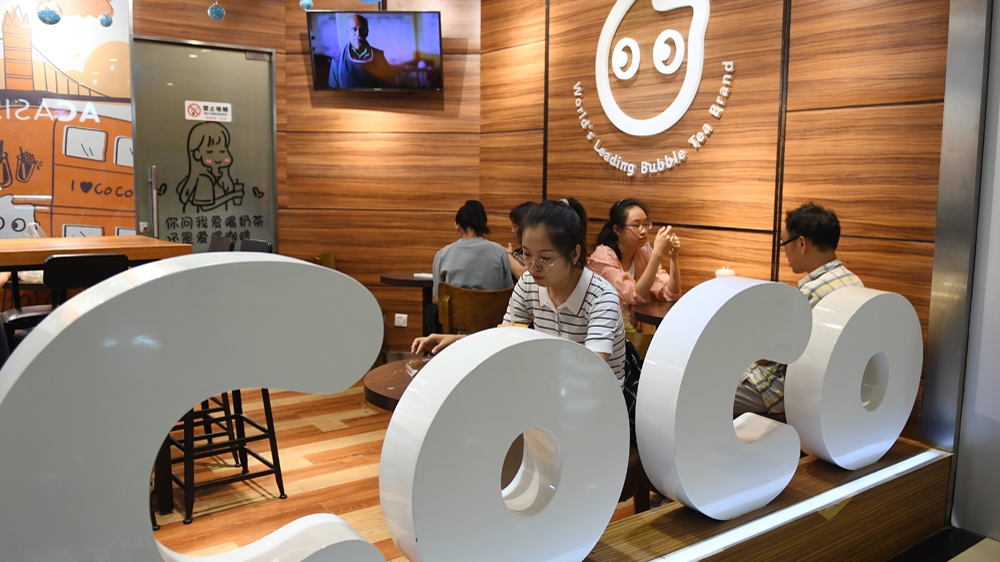 In London, one of Europe’s East Asian hot spots, bubble tea is still largely associated with Taiwan, according to Lin, who has studied bubble tea consumption there. Lin says that is partly the result of the success there since 2008 of Taiwanese chains, which have found a following among other Asian ethnic groups in the UK.

But London and other global cities have also seen the emergence of what’s become known as “third-wave” tea; tea that combines a wide range of flavours and influences, she said.

At chains like Bubbleology, founded a decade ago by a British investment banker, there is a nod to Asian culture with jasmine or taro bubble tea, but customers can also order “Oreo Crush”, the technicolor “Genie” (coconut milk tea with strawberry boba and whipped cream) or the alcoholic “Cloud Nine Coffee” (milk coffee with coconut rum and boba).

As bubble tea continues to expand its global reach, in Taiwan it has made the leap into food products. Taiwan made international headlines last year when Domino’s and Pizza Hut released duelling versions of “boba pizza”, while other boba-infused products, like chocolate and ice cream, are widely available.

Like Taiwan itself, which China views as its own, the drink has not avoided political dramas.

Taiwanese chains found themselves boycotted by Chinese customers last summer for professing support for Hong Kong’s mass democracy protests, while Taiwanese consumers have boycotted other chains because they’ve failed to do the opposite. 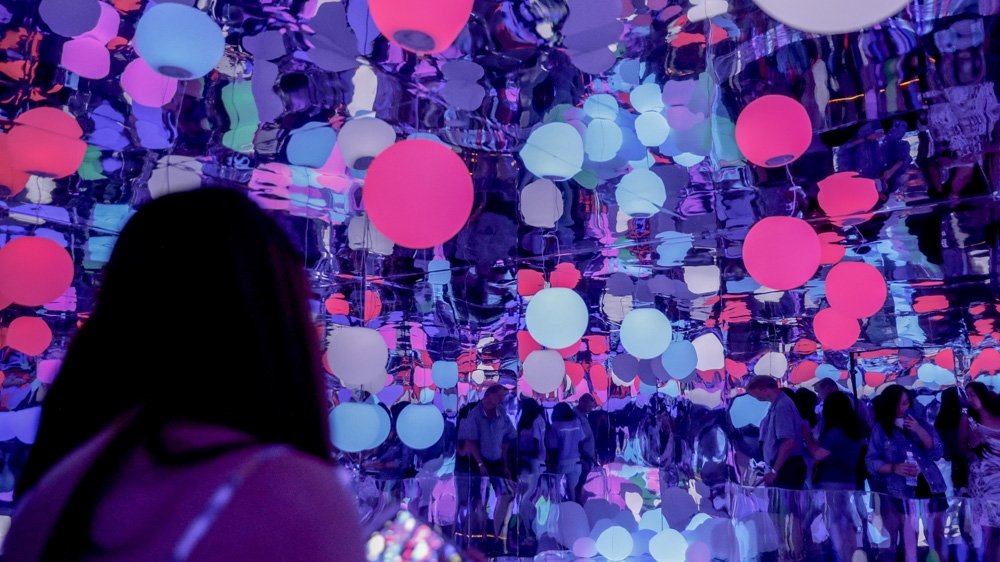 Bubble tea is popular throughout Asia and even inspired a multisensory and visual exhibition in Singapore last year [File: Wallace Woon/EPA]

Bubble tea, meanwhile, remains an important symbol for the island democracy, particularly as it loses its international representation due to pressure from Beijing, which claims sovereignty over Taiwan.

“We Taiwanese people always have been somehow trapped in the kind of anxiety of our national identity, and bubble tea has become a kind of symbol for the world to see the existence of Taiwan,” said the National Taiwan University’s Hung.

After 7 weeks of lockdown, Spaniards can finally exercise outdoors —...