Nakba Day: For Palestinians it is not just an historical event

May 15, 1948, is a date inked in infamy for generations of Palestinians who know it as the Nakba, or “the catastrophe”, after the declaration of the state of Israel in Palestine.

On Friday, Palestinians mark the Nakba’s 72nd anniversary since the Yishuv, the pre-state Jewish community in Palestine, transformed into Israel after former colonial sponsor the United Kingdom departed Palestine, which it had invaded and occupied during World War I.

For Palestinians, the Nakba does not just represent an historical event but a continuing process that began in the 1880s as European Zionist settlers started moving into Palestine to lay the groundwork for their future state.

While the Zionist project fulfilled its dream of creating a homeland in Palestine in 1948 after defeating five ill-equipped and outnumbered Arab armies, Palestinian displacement has never stopped.

Between 1947 and 1949, about 750,000 Palestinians out of a population of 1.9 million were expelled from their towns and villages to make way for the new Jewish immigrants.

Most of the these Palestinians fled to neighbouring countries, where they settled as refugees. 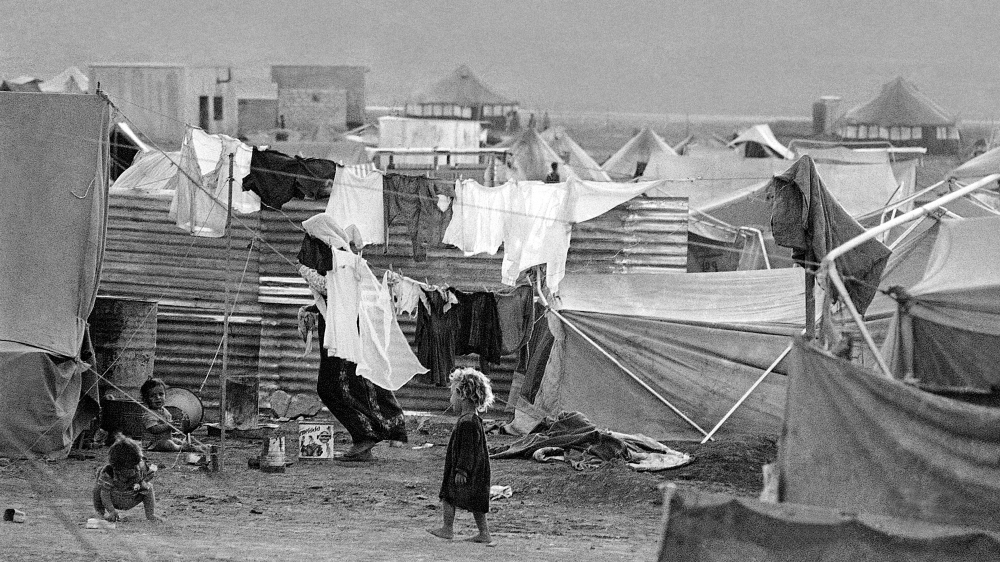 Only 150,000 Palestinians remained in Israel, which was founded on 78 percent of the total landmass of Palestine. The remaining 22 percent of the eastern part of Palestine was later annexed by Jordan and renamed the West Bank, and its residents became Jordanian citizens.

In June 1967, the West Bank was occupied by Israel along with the Gaza Strip, which had been under Egyptian military control.

According to the Palestinian Central Bureau of Statistics, about five million Palestinian citizens live in the occupied West Bank and blockaded Gaza Strip, and 1.5 million in Israel. Six million more live in the diaspora in neighbouring countries and worldwide.

Many Palestinians, however, argue that the Zionist victory is not complete.

Nakba ‘not from the past’

Palestinian scholar Joseph Massad argues that Palestinians can regain their homeland by resisting Zionist attempts to erase them from history and have them accept their defeat.

Massad, a professor of modern Arab politics and history at Colombia University in New York, wrote in Resisting the Nakba that Palestinians have succeeded in foiling the Zionist project of their total expulsion by rejecting the Zionist narrative that the Nakba is something from the past.

“This is precisely what galls Israel and the Zionist movement. Israel’s inability to complete its mission of thoroughly colonizing Palestine, of expelling all Palestinians, of ‘gathering’ all Jews in the world in its colony, keeps it uneasy and keeps its project always in the present continuous.”

Massad’s main argument is that Palestinian assertiveness and “resistance” has evolved over the decades to employ art and culture as a key to keeping the collective sense of nationhood alive and undo the Nakba.

“The problem for Israel is not in believing and knowing that there is not one single place in its colonial settlement that did not have a former Arab population, but in its realization that there is no place today in its imaginary ‘Jewish State’ that does not still have an Arab population who claims it,” wrote Massad.

The current Israeli government of Prime Minister Benjamin Netanyahu has made plans to annex large parts of the occupied West Bank in the coming months, in accordance with the proposal by the US government commonly known as the Deal of the Century.

The planned annexation would effectively kill the 1993 Oslo Accords between the Palestine Liberation Organization and Israel, which stipulated the establishment of a Palestinian state in the occupied West Bank, Gaza, and East Jerusalem within five years after its signing. 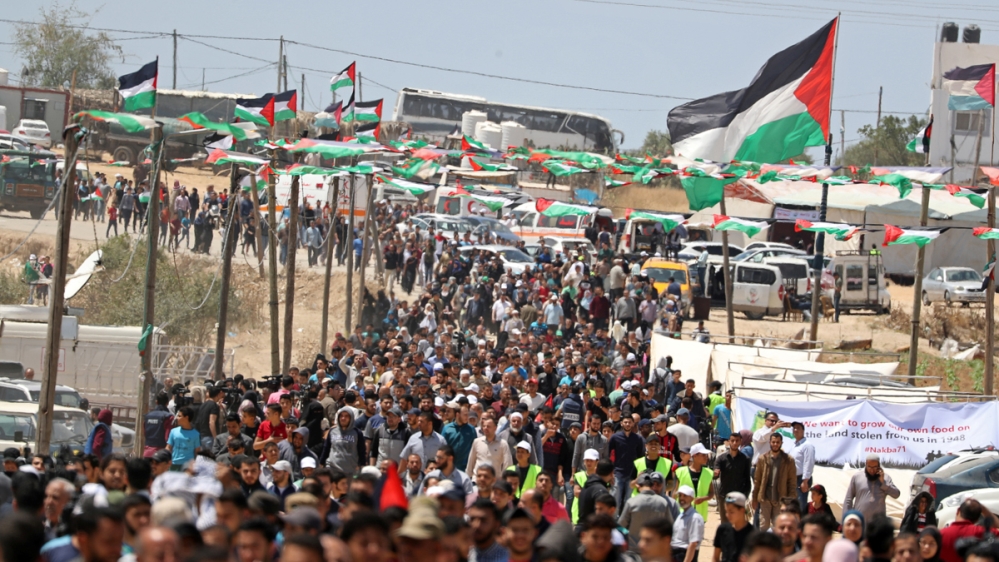 Palestinians gather during a protest marking the 71st anniversary of the Nakba, or catastrophe, near the Israel-Gaza fence [Mohammed Salem/Reuters]

Adnan Abu Odeh, a Palestinian and former head of Jordan Royal Court during the reign of the late King Hussein, said he still believes in the reversibility of the Nakba, and that Palestinians will one day reconstitute themselves back in Palestine as a nation, despite the current political conditions against them.

Abu Odeh, 87, who was born in the Palestinian city of Nablus during the British occupation of Palestine, told Al Jazeera he does “not believe Israel will remain in its present form for eternity, in part because it is still viewed by the Arabs as an alien body in the midst of their region”.

He added that despite official peace treaties between Egypt and Jordan with Israel, as well as Israeli gains in establishing official and unofficial relationships with several Arab countries, the fact remains that Israel allies itself with Arab governments only, not their people.

“The Arabs still consider the Palestinian cause as their cause, even if their regimes didn’t,” he said.

As for what future lies ahead for Palestinians who are facing a much more powerful foe and often hostile Arab regimes, Massad’s message is to keep the resistance alive.